Sharp, nasty, brittle, thought-provoking, Christiaan Olwagen’s film Die Seemeeu makes for uncomfortable but absorbing viewing, like watching a train wreck happen in front of your eyes. Drawing on his theatre adaptation of Anton Chekhov’s ‘The Seagull’, this film version is set on an unnamed South African lakeside, circa some time in the ’90s says the clothes and sets.

The English subtitles are very well translated, but the original Afrikaans dialogue is so much meatier – a diss in Afrikaans packs a punch the English rather subdues.

Using the same cast as his outstanding theatre adaptation, this film successfully makes the transition from small stage to big screen, dragging along the same themes but amplifying them to a discomforting level. Like the original work, this film is about egocentric, selfish people behaving badly.

There is self-absorbed aging diva Irene (Prinsloo), who makes a point of returning home every year to lord it over her aging, ailing brother Piet (Weyers). She drags along her famous writer husband, Boors (Fourie), who is honest about how he steals people’s lives for his writing. But, all anyone ever notices about him is that he is famous.

Her son, the self-doubting, neglected Konstant (Pretorius) divides his time between desperately seeking affirmation from his mother and just as desperately pursuing an unrequited love interest in the naive ingenue Nina (Marais).

Vain emo-goth Masha (Schutte) tries to make Konstant notice her, all the while pursued by the hapless Simon (Nel). Masha’s parents, over-bearing farm manager Elias (Kotze) and long-suffering Paulina (Kolver) are just as unhappy as the rest and rounding out the cast is cheery philosopher and some time cad, Dr Eugene (Kamper). 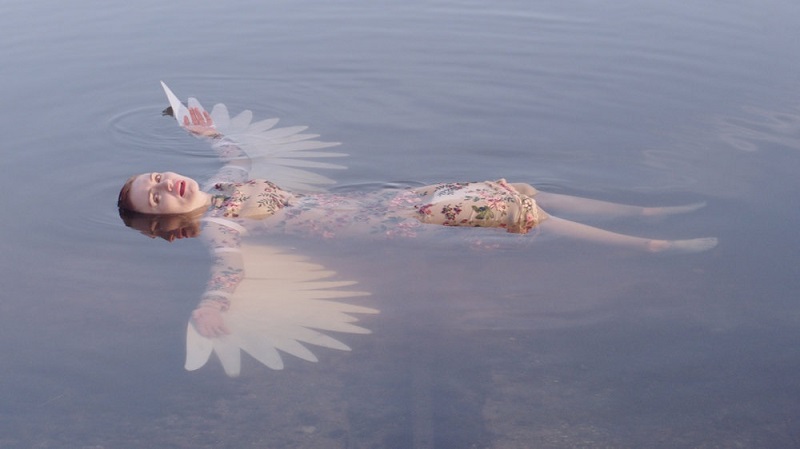 When Chekhov wrote the original play it was amidst an overall atmosphere of hope mixed with frustration over inequality and power shifts – Russia in the late 1800s was building up to the Bolshevik revolution. He focused on character psychology, creating an ensemble piece in which his characters experience existential difficulties.

So, does changing the background atmosphere dilute the original message? No, it is all still here. No-one is satisfied with their lives and not a one of them knows how to be happy. Each is so caught up in their desire for something – love, success, artistic genius – they are completely incapable of seeing the good right in front of them. The characters ooze a dissatisfaction with their lot in lives completely at odds with the cushiness of their lived experience.

On the surface the characters chase the ephemeral fame associated with the world of entertainment and its five minutes of fame, while at the same time berating that chase as inimical to the pursuit of creating a truly classical piece of literature or artwork.

Where Chekhov was questioning the reality of the Russian aristocracy (he loved asking questions but never gave answers) Olwagen set his theatre version smack-bang in the middle of Afrikaner culture and with the film he paints a picture of a culture tearing itself apart from the inside through dissatisfaction over a glorious past that will not come again.

Writing during the previous century, Konstantin Stanislavski said of Chekhov’s work that he often expressed his thoughts not in the speeches, but in the pauses between the lines or in replies consisting of a single word. So too, Olwagen is not afraid of using awkward silences in his movie, long tracking shots of aimless wandering and portentous classical music to create a stifling atmosphere of negative emotion spiralling inward.

The film starts off with Konstant and Masha creating a cute yet kitsch proscenium for a play, a stage prop which weathers badly as time passes, but which none of the characters have the guts to take down. These are not a people who will let go of their past in order to create a new future – they would rather drag the pieces along with them, just in case the world goes back to what it was.