‘n Man Soos My Pa’, which means ‘A Man Like My Father’, is an Afrikaans ensemble drama about a family reunion that turns into an opportunity for father-son reconciliation. This nostalgic South African drama weaves between the past and the present as several ages are juxtaposed and a difficult family history goes under the microscope.

Some of South Africa’s finest acting talent is assembled: Sandra Prinsloo plays an older Nakkie, a dying matriarchal figure with an optimistic outlook, Albert Maritz is an older Attie, a sullen, naïve father figure, and Deon Lotz is monstrous as the troubled neighbour known as the Kolonel. As if the cast needed more dramatic clout, Antoinette Louw and Neels van Jaarsveld conjure up vivid memories as a young Nakkie and Attie, while Greg Kriek is the drama’s lynchpin as their bitter adult son, Juan.

‘n Man Soos My Pa is emotionally dense and its primary focus is on the affects of physical and alcoholic abuse on two families in the suburbs. While the subject matter makes the experience quite dark and somber, not unlike Dis Ek, Anna, it’s counterbalanced by some lighter shades of life too. While the moments of levity are often shattered, we get a glimpse into the private lives of a broken family trying to come together and honour their dying mother’s last wishes.

While this coming-of-age domestic drama is sentimental, heartrending and engaging, it does stumble into melodrama in the third act as skeletons topple out of the cupboard. Much like The Judge, the film introduces us to a compelling small town scenario and family spat with some fine performances, but is overwrought by the kind of dramatic twists that would play out over a season in a TV series. 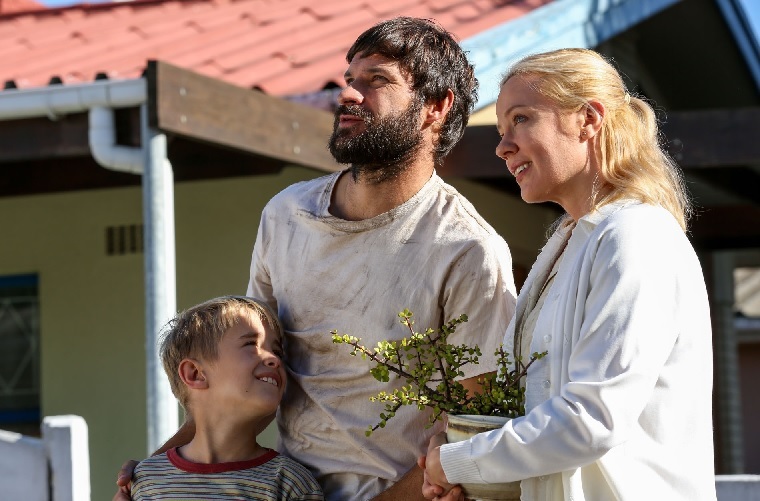 The nature of the film is deeply personal and intimate, yet we’re somewhat distanced by the large ensemble, with some of the characters being played by up to three actors. The casting is good, but the screen time is shared in such a way that it’s difficult to determine a set vantage point and central character. That character would be an older Juan, but he’s so conflicted by years of resentment that we struggle to break through his shell, despite Kriek’s natural on-screen charm.

Thankfully, the collection of performances is strong enough to keep us invested in the sprawling multi-generational drama and writer-director Sean Else has cleverly threaded symbols into the folds of this old couch to create continuity and keep ties between the past and present. The tone is nostalgic yet wistful, as family snapshots come to life, flooding the screen and transporting us to the old South Africa with a firm sense of authenticity.

The attention to detail is carried into the well-composed cinematography, which seamlessly blends the old with the new. While an intimate family portrait, Else is able to zoom in and out of the story without losing a grip on the overarching story of reconciliation. Despite its shortcomings, ‘n Man Soos My Pa is a high quality production that showcases South Africa’s acting talent, composes an authentic environment for moving family drama and brings snapshots to life with sensitivity and insight.

This ‘n Man Soos My Pa review was first published at SPL!NG.